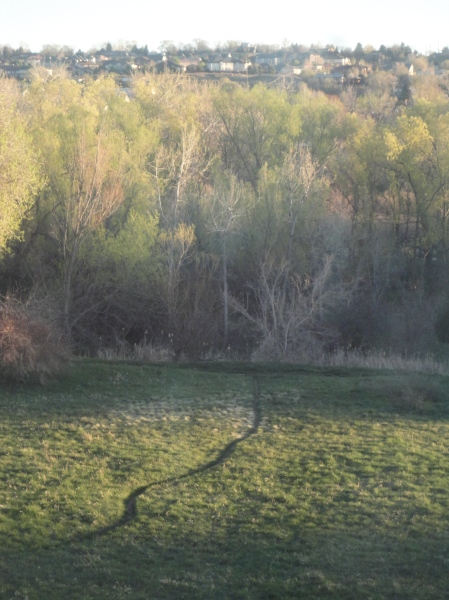 About a month ago, I broke up with the boyfriend that I’ve been more recently referring to in my blogs.  He’s the one that is Catholic and with whom I decorated his home for Christmas. This blog isn’t about the personal details between us, but about my own thought process regarding this relationship in general. I hadn’t dated anyone who didn’t at least have a similar religious path as mine for quite a while before this.  Our differences were striking to me; I think they were more striking to me than they were for him, but I could be wrong about that.

There’s a kind of mentality you get used to as a Pagan person, that, when you encounter the worldview of a “normal person,” or what I like to call Muggle in reference to J.K. Rowling’s Harry Potter books, it can be strange and disconcerting.  By the way, I don’t use the term Muggle to mean anything derogatory, I use the term for people who are ‘normal’ and don’t live magical lives (or with the worldview of living such a life) like Pagans do.

I’m used to thinking of people as just people, and I know so many different people and I’ve become used to a variety of people so that it’s become my normal world.  I forget sometimes that other people aren’t used to ‘odd’ people who stray away from their ‘normal’ lens.  I know people of all sorts of ways of being- transgender, non-traditional couples, lesbians, gays, poly, people who are suburban yet believe in Native American, shamanistic beliefs; I know Messianic Jews, Jews, Atheists and Muslims.  I know people from lots of different places in the world, cultures, Deaf people and ‘hearie-heads.’  I know a man who wears dresses, and a woman who shaves her head.  And some Muggles would faint at the fact that someone wears frankincense in a vial dangling from a necklace!  At a tiny thing like that!

And since people are just people, we walk around as such whether or not we have clothes on.  Clothes are just something that we cover ourselves with, keep us warm, make us look good or blend in.  When you get used to people who also think this way, and go to places where clothing is optional, that also becomes the new kind of normal.  It’s a little odd at first even for us who are more used to it, because in our every day lives we wear clothes all the time, but when you go to a pagan festival or a clothing optional hot springs, or beach in Italy for example, once everyone doesn’t mind, then it’s fine.  It’s not deranged or perverse, it just is.  Nudity has as much to do with sex as beds do.

Not that all Pagans are nudists.  But many are.  And it’s not like at these festivals, that people are walking around naked all the time. It’s whatever people feel like, which usually means once in a while some clothing comes off, then goes back on, and only in areas where everyone is an adult. Diverse people and nudity are examples, of many, of the culture that is Paganism.  And just like with any culture, we’re not all the same.

Another example of this Pagan culture is that when we break up with someone, we are often still friends with that person, even hang out with that person.  Not always, but I would guess that it’s much more of a phenomenon with Pagans than with Muggles.  I have maintained friendships with the two guys I dated that are pagan or pagan friendly- well, one is definitely a Pagan and the other is Gnostic.  I still talk with them, sometimes hang out with them (one much more so than the other), and we really are just friends.

These three examples of the way that Pagans  look at life and live life were things that my most recent ex boyfriend couldn’t understand while we were dating, and I don’t believe he will anytime soon.  And, after a month, I have finally let go of the idea of holding on to the wonderful friendship that we had.  While I don’t think he completely understood me, as friends, we joked and talked with each other every day, mostly on Facebook.  I feel like I came to know him pretty well, and that he came to know me pretty well, too.  It was nice talking with him.  But that’s over now, and I think I’ve finally stopped shedding tears over that fact.

Bonds with people are very important to me.  I take a very long time to let go, a while after the other person has already let go, sometimes it takes a while before I realize that I’m holding on to thin air.  And severing bonds is painful.  It’s like I’ve formed the bond with my own umbilical cord or something.  Or sometimes maybe the bond is more fragile to begin with, in which case it’s easier to sever the bond, but it still hurts.  I regret not being friends, when, in my mind, why can’t we be?

What I’m really sorry for is hurting his feelings, and letting the relationship (as a romantic one) drag out as long as it did.  I really wanted it to work, so it’s almost like I was trying to force it, when that personality conflict was there, really the whole time, causing me grief in the midst of my happiness. Now, the bond severed and my heart being O.K. with it (at least today it is), I’m not looking to the recent past any more.  I can’t grieve any more about something that can’t be fixed.  I have to focus on my life and the people who choose to be in it, and move on. I may have up and down days, but I hope my emotional path smooths out from now on so that I can continue to enjoy life again. It feels smooth today.

Nature is so healing- everything around me is turning green, trees budding and blooming, smelling so wonderful, and animals are moving about again.  Rabbits are hopping around each other and grazing in yards, crows and red tailed hawks are flying about. Seeing all these things reminds me that life is meant to be lived, and I’ve got to get on with living it.  And not just live it:  I need to let my heart soar with the happiness vibrating from the very core of nature. So mote it be.